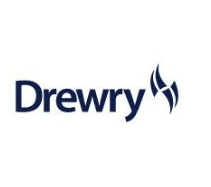 The Russia-Ukraine war and sanctions on Russia’s refined products have created a void in the European market, which is counterbalanced largely by South Asia.

The product tanker sector has been gaining from the ongoing geopolitical tensions as a sudden rise in the long-haul trade has boosted freight rates.

Drewry expects the shift in trade – from short-haul to long-haul – to become the ‘new normal’ of refined products shipping with Europe sourcing cargoes from South Asia, the Middle East, and North America in 2022-23. Russia’s 2 mbpd of spare capacity and 0.8 mbpd YoY drop in refinery throughput in 2022 as a result of sanctions supports this trend.

Europe was dependent on Russian refined products as the latter contributed 15.9%, aggregating 21.6 million tonnes, to the total European seaborne imports in 2021, with gasoil/diesel comprising 95.4% of the traded volume. On 24 February, the Russia-Ukraine conflict turned into a full-fledged war after which Europe has been reducing its reliance on Russia. Although there were no clear sanctions immediately, CPP exports from the FSU to Europe weakened by about 1.1 million tonnes during March-April, with almost all the deficit created by gasoil/diesel.

Europe counterbalanced Russia’s share by importing around 2.9 million tonnes of CPP from the Middle East the US and Asia.

Meanwhile, the gasoil/diesel trade shifted significantly as Russia lost a 15.2% YoY in European gasoil imports during March-April. Although the US has emerged as the prime supplier of gasoil/diesel to Europe after Russia in 2021, South Asia (mainly India) captured the largest share (5.7%) by supplying maximum replacement cargoes to Europe. South Asia was followed by North America (the US) and Southeast Asia (Singapore). The Middle East stands at the fourth position with only a 2.5% increase in share.

As a result, European buyers have shifted from the short-haul trade (between Russia and Europe) to the long-haul trade by sourcing refined products from South Asia, the Middle East, and North America.

We expect this long-haul trade to be the ‘new normal’ for product tanker shipping.

We expect the product tanker shipping market to enjoy strong rates throughout 2022 on the back of increased tonne-mile demand. Although LR and MR tankers are the true beneficiaries of the rise in rates, smaller tankers will also fetch high rates due to the robust demand.