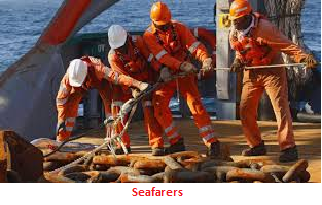 Sea farers to be granted shore leave at Chennai port

Following the intervention of Directorate General of shipping Chennai port has decided to grant shore leave to Indian seafarers operating in coastal vessels when their ships are berthed in the port for cargo handling, according to port sources.

Shore leave is the period during which a sailor is allowed to take a leave from the ship while the vessel is docked in the port.

The period of the leave varies from a couple of hours to a few days, depending on the time the ship is scheduled to be on the port. During this period the sailors visit the city for shopping or other recreational needs

The directorate general of shipping is understood to have taken exception to the practice of some ports denying the facility of shore leave for the seafarers under some pretext or other.

India being a party to the Maritime Labor convention, it was incumbent on the part of port authorities to provide these facilities to the seafarers who spend most of their time on the seas and look forward to some outings in city ports when their vessels are berthed for cargo handling. The average stay of vessels at ports has dropped considerably from 3 or 4 days to a day or two at present.

While granting the seafarers shore leave the Chennai port authorities are understood to have stipulated certain conditions including they should undergo appropriate vaccination and wear masks.

A seafarers club operates near  the Chennai port where recreation facilities are made available to them at subsidized rates.