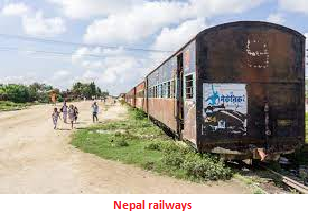 China to start work on railway project in Nepal

The preliminary work of conducting a feasibility study for cross border railway connectivity between China and Nepal will commence by the end of 2022.

China will be sending railway experts to conduct the survey, a Chinese foreign ministry official told newspersons in Beijing according to media reports

This was decided during a bilateral meeting between the foreign ministers of the two countries in the Chinese city of Qindo on august 10th. Chinese delegation for the talks was led by foreign minister Wang Yi and Nepalese on by his counterpart Narayan Khadka

China will use funds, assist Nepal to support feasibility study for the railway and within the year experts will be dispatched to Nepal for exploration,” spokesperson Wang said.

Chinese foreign minister Wang Yi  announced that “…China will carry out the feasibility study of Keyrung-Kathmandu Railway under the grant assistance. He also assured support for pre-feasibility study of Nepal-China cross border transmission line as agreed during his official visit to Nepal in March 2022.”

Keyrung-Kathmandu Railway is part of the trans-Himalayan multi-dimensional connectivity network, the plan for which was first formally agreed between China and Nepal in 2017 when Kathmandu joined the BRI.