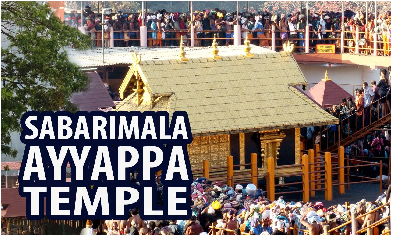 Sabarimala could be reached directly by train soon

Pilgrims to Ayappa temple in Sabarimala in south Kerala will soon have direct rail connectivity till Pampa as the railway board is inclined to clear the 75 kilometer elevated rail way corridor project.

A final local survey costing nearly rs two crores has been sanctioned by the railway prelude to preparation of a detailed project report on the corridor according reports in the local media.

Preliminary reports say the pillars for the elevated corridor could come along the river banks of Pampa and hence no land acquisition will be involved for the project. Kerala is one of the most difficult states for acquiring lands for public cause. Since the density of population in the state is high, the land costs are generally astronomical in nature. Environment hazards need to be tackled for most of the projects in the state since it is situated close to the fragile Western Ghats.

This would end the traffic congestion at Pampa and the resultant pollution.