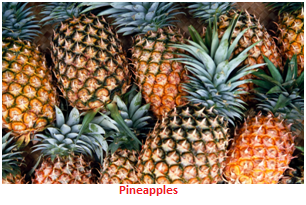 Former President Ram Nath Kovind, at a function in Agartala in 2018, announced the “Queen” variety of pineapple as Tripura’s state fruit.

The minister said that the Kishan Rail and Kishan Udaan schemes is immensely benefiting the producers and farmers, especially of the northeast region of India by connecting them to the national and international markets.