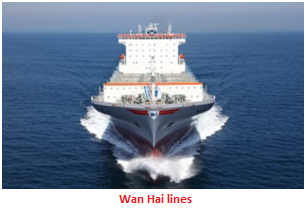 CSBC, Taiwan’s leading shipyard, has finally found a buyer for four ships it ordered on its own account and has been hawking around the market for the past few months.

Compatriot liner Wan Hai said in a regulatory filing that it had picked up CSBC’s quartet of 3,000 teu containerships under construction, paying between $212m and $220m.

The vessels are slated for delivery in 2023 and should replace some of the chartered vessels and older ships in Wan Hai’s fleet. The world’s 11th largest liner currently has 157 ships and 42 on order, according to Alphaliner data

CSBC was one of the few major shipyards that failed to capitalise on the boxship order rush last year, so instead, it moved to build ships that could be potentially chartered out or sold, joining a raft of other Asian yards involved in containership leasing, including CSSC and Yangzijiang in China and Imabari in Japan.