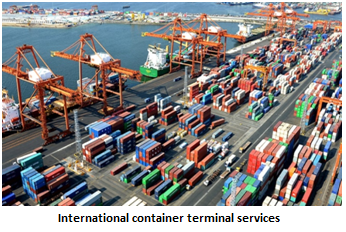 The 2.19 million twenty-foot equivalent units (TEUs) capacity container terminal is estimated to cost Rs 4,243.64 crore. The deadline for submitting the qualification documents on the tender ended on Wednesday 31 August.

Deendayal Port Authority runs the country’s biggest State-owned port by volume at Kandla in Gujarat and Tuna-Tekra is a satellite facility located some 15 kms away.

The turnout on the tender was lukewarm and did not meet the expectations, shipping industry sources said.

The planned terminal will have the capacity to cater to as much as 21,000 TEU-capacity ships

There is a provision in the tender to increase the depth to 18 metres based on mutual consensus between the two parties and on cost sharing basis, he said.

The successful bidder will be free to set rates based on market conditions, another plus point for the project, unlike in the past where rates were regulated.

Deendayal Port Authority Deputy Chairman Nandeesh Shukla had pitched the terminal to private investors during a road show held in Mumbai in July, highlighting the logistical efficiency it enjoys with regard to the port’s hinterland (cargo generating areas).

Tuna-Tekra is 60 kms inside from Mundra, but the rail connectivity will be even lesser because the rail line runs close to Gandhidham.

“So, the rail advantage will be about 50 kms for Tuna-Tekra. In railway parlance, this means that at least one slab less, which means at least 5-7 percent of freight saving per rake. This is a huge advantage because container trade thrives on railways,” Shukla asserted.