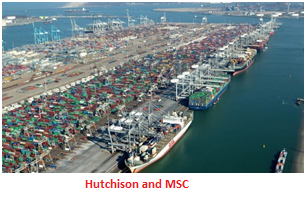 The entire terminal will be developed and launched in phases, while the first phase is expected to start in 2027.

Leo Ruijs, CEO of Hutchison Ports ECT Rotterdam and Hutchison Ports Delta II, said, “We are looking forward to developing and operating the terminal together with TIL. In our plan, the new terminal will consist of five deep-sea berths with a total length of 2.6 km.”

Ammar Kanaan, CEO of TIL, commented, “Sustainability is a top priority for TIL and MSC. As the world’s largest container shipping company, we have a crucial role in creating a sustainable future. The possibility of utilising shore power is therefore an important consideration for the development of the new terminal. Elaborations on the shore-side power strategy for this project will be further explored with relevant stakeholders.”