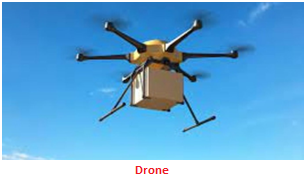 The focus should be on quality, innovation and indigenisation to make India a global hub for drones as well as increase the commercial market for drones, Union minister V K Singh said on Thursday 1 Sep. The government is working on ways to boost the drones segment and among others, a Production Linked Incentive (PLI) scheme for drones and drone components is in place.

Singh, who is the Minister of State for Civil Aviation, said that drone applications have increased in recent years and there is a need to increase the commercial market for drones.

“If the commercial market does not increase then the market will not grow as the military demand is very less. With simple solution at lower price, you (industry) will capture the market and the more it grows the better it is as you create a hub and dependence of many people on it,” he said.

The minister was speaking at an event organised by industry body Ficci and Vivekananda International Foundation.

According to a release, Singh said that if India has to become a drone hub, “we have to ensure that you manufacture here. Initially the cost may be more but with the increase in volume, the prices will come down”.

A report by Ficci-EY released at the event said the drone industry can take the total addressable manufacturing potential in India to USD 23 billion by 2030.