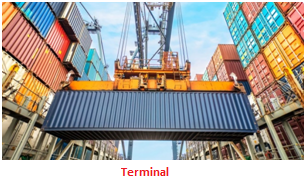 The Centre has cleared the decks for the controversial Rs.75,000 crore project to construct a greenfield international port, an international container transhipment terminal, a township and power plants across 16,610 hectares of pristine forests in a Great Nicobar island.

The environment ministry’s Expert Appraisal Committee on Infrastructure projects approved the project on the island that is home to the indigenous Shompen tribe, besides rare flora and

It will also involve felling of over 8.5 lakh trees, loss of 12-20 hectares of mangrove cover, claiming 298 hectares of sea bed and considerable coral translocation.

The Great Nicobar Island was declared as a biosphere reserve in January 1989 by the Centre and included in the Unesco man and biosphere programme in May 2013. It is considered a global biodiversity hotspot, which explains the strong opposition to the project from several quarters.

EAC has mandated specific ‘conservation and management plans’ and high funding for the endemic species, mangroves and corals and other fauna, besides several other caveats, minutes of the meeting show.

EAC said three independent committees will be set up: one to oversee pollution related matters, another on biodiversity and the third to oversee welfare and issues related to Shompen and Nicobarese tribes.