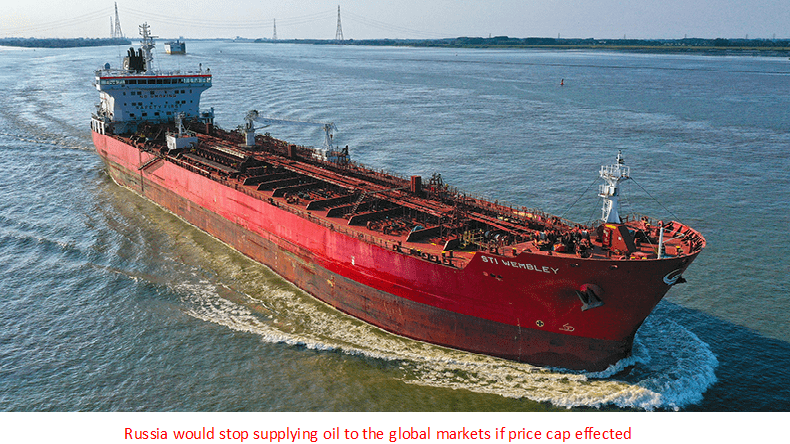 The price cap on Russian oil agreed by the G7 – which includes the US, the European Union, Canada, France, Germany, Italy, Japan and Britain – will create a very acute supply shortage in global markets and will not be beneficial to India’s interests, Alipov said

Mr Alipov conceded that Russian oil supplies to India have “gone down lately” but said the two countries are discussing long-term agreements for energy supplies at a very competitive price. The supplies from Russia to India have increased manifold [but] the supply has gone down lately. But we are talking about long-term supplies and generally it is a matter of demand and supply...we are ready to enhance this cooperation,” Alipov said in response to a question on energy cooperation.

We are talking and interested to have...long-term contracts between us on oil supplies. Those long-term agreements presuppose a very competitive price,” he said. Energy cooperation was among the issues discussed by Prime Minister Narendra Modi and President Vladimir Putin when they met on the margins of the Shanghai Cooperation Organization (SCO) Summit in Uzbekistan last week, Alipov said.

The Indian government has so far taken “a very careful approach” towards the price cap and “I am not sure that would be beneficial to the Indian interests”, he said. Russia, on its part, will not trade “to our detriment if we consider that the price is unfair and unacceptable to us”, Alipov said.