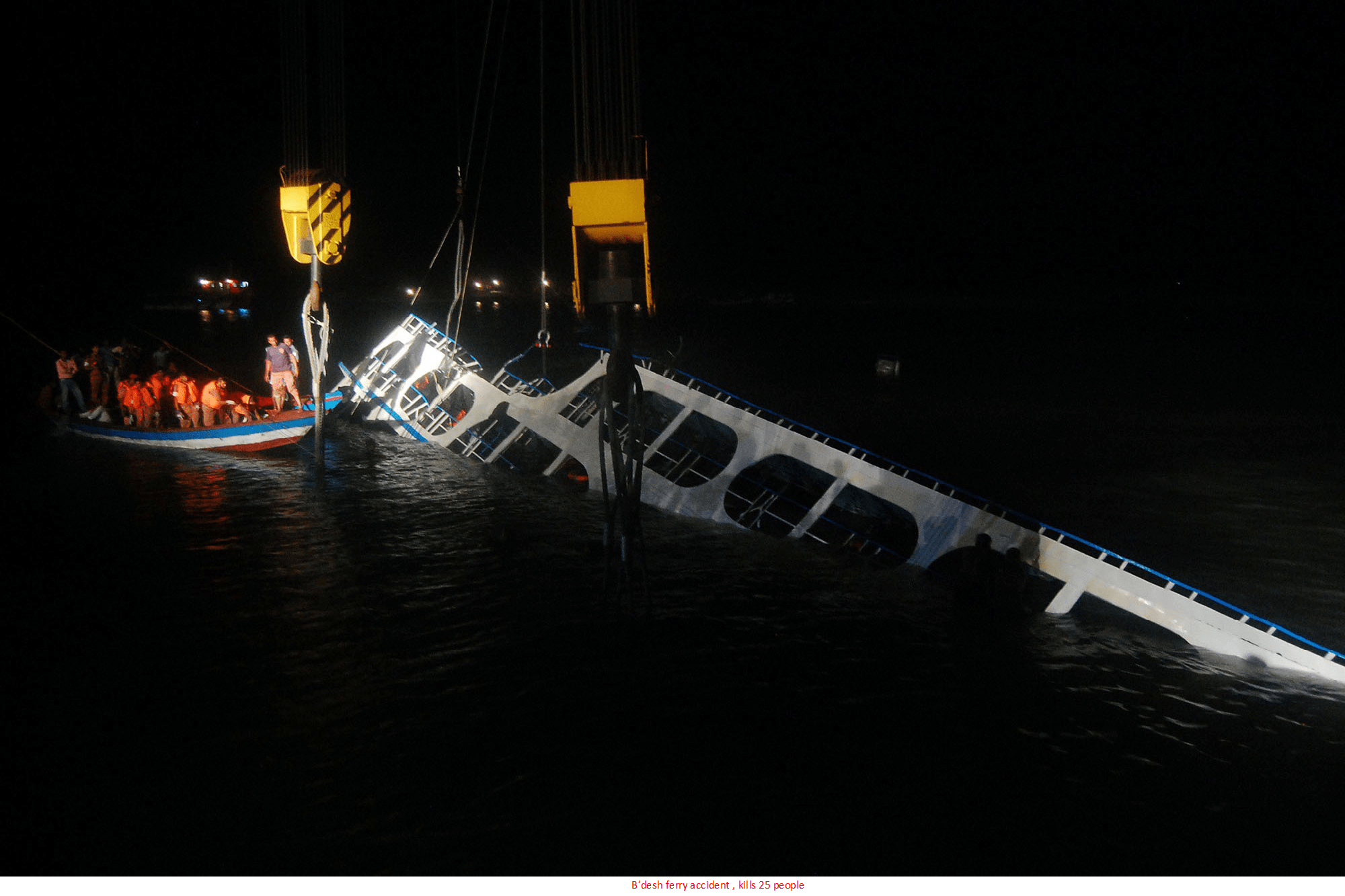 At least 25 perish in a ferry mishap in Bangladesh

At least 25 people were killed and dozens were missing after a boat packed with Hindu devotees sank on September  25th in Bangladesh,  in the worst waterways disaster to hit the country in more than a year.

"The rescue operation for those missing is ongoing," he said, adding the ferry was taking mostly devotees to a Hindu temple on the occasion of Mahalaya.

Officials said they he did not know the exact number of people missing, but sources said more than 70 people had been on the boat, which sank in the Karatoya river.

Police said nearly 20 people were still missing while some of the passengers managed to swim ashore or were rescued.

Hundreds of people die each year in ferry accidents in Bangladesh, a low-lying country that has extensive inland waterways and lax safety standards.