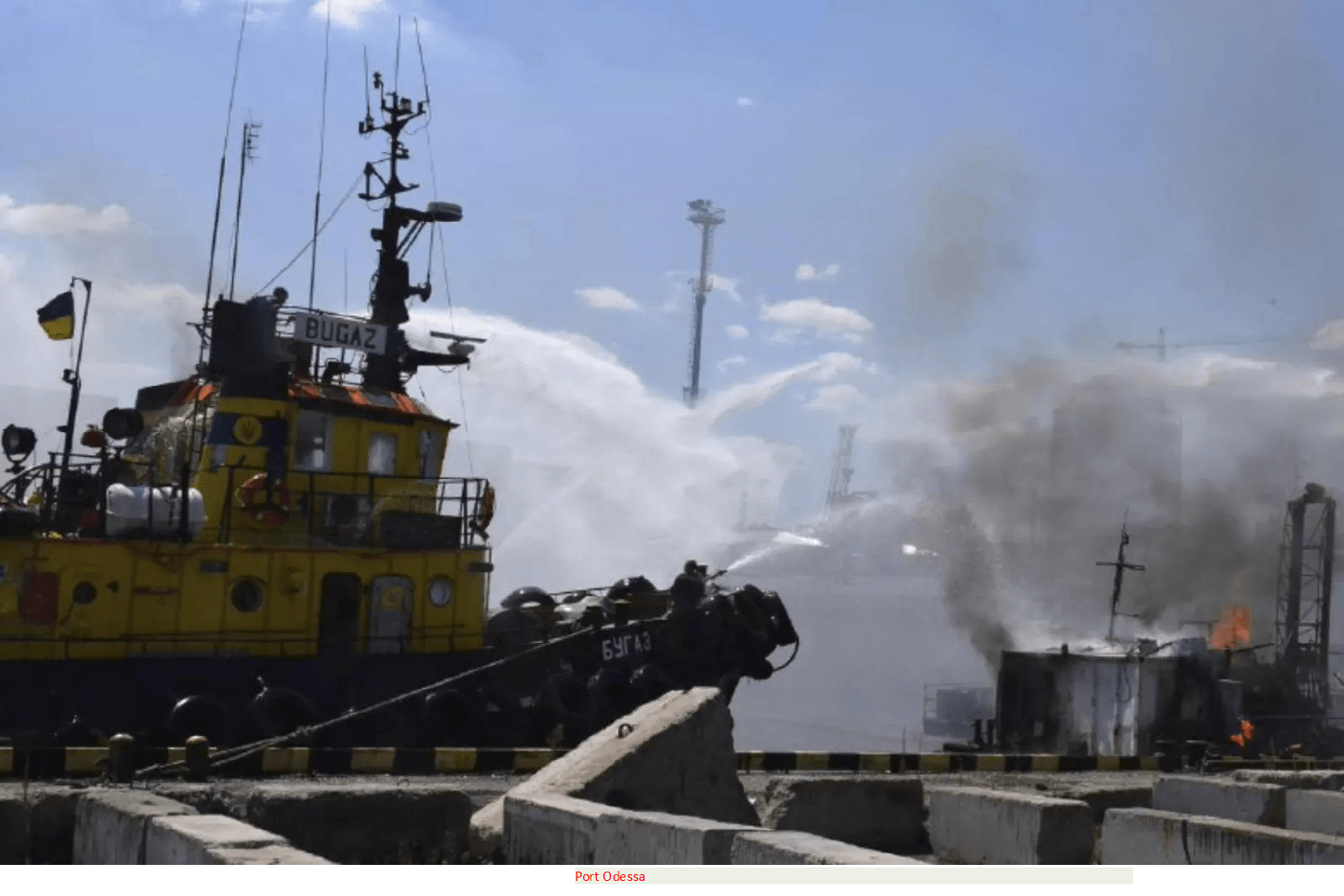 Has Odessa Port in Ukraine hit by Iranian drone attack?

The Only Operational Port of Ukraine the Port of Odessa  was attacked by Iranian-made drones on September 25th night, two days after a Russian attack with such a weapon killed two civilians.
“Odessa was attacked again by enemy kamikaze drones,” said the Ukrainian army’s Operational Command South.
There have been no reports whether the port operations have been affected by the drone attack. The prospects of United States lifting the sanctions against the Tehran regime appeared bleak after the drone attack on Odessa.

Any delay in lifting of US sanctions against Iran would affect the prospects of the Iranian Port Chabahar where India has set up two container terminals. India has made it a strategic port to reach Afghanistan bypassing Pakistan

“The enemy hit the administrative building in the city center three times,” it said in a Facebook message. “One drone was shot down by (Ukrainian) air defense forces. No casualties (were) recorded,” it said. “These were Iranian drones,” a Ukrainian South Command spokeswoman, told the International media.


The strikes come two days after two civilians were killed in Odessa Friday in a Russian attack with an Iranian-made drone.


Four Iranian-made drones were shot down in the south of the country a few days ago, according to Ukraine’s armed forces. Kyiv said later it decided to reduce Iran’s diplomatic presence in Ukraine over its supply of drones to Russia.
“In response to such an unfriendly act, the Ukrainian side decided to deprive the ambassador of Iran in Ukraine of accreditation, as well as to significantly reduce the number of diplomatic personnel of the Iranian embassy in Kyiv,” said Ukraine’s foreign ministry.

“The use of Iranian-made weapons by Russian troops... are steps taken by Iran against the sovereignty and territorial integrity of our state, as well as against the life and health of Ukrainian citizens,” a spokesman for Ukraine President  said