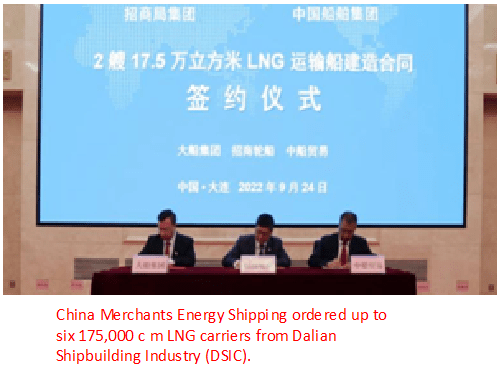 China Merchants Energy Shipping has exercised option for two 175,000 c m LNG carriersnewbuildings at DSIC and inked new contracts with the shipyard for the construction of two firm plus two options for LNG carriers.

The board of China Merchants Energy Shipping agreed to set up LNG shipping operation entity in Hong Kong for the operation of newbuild LNG carriers.

These LNG carriers will be equipped with the latest LNG-fuelled low-speed engine. Design of the vessel has awarded Approval in Principle (AiP) from two classification societies of Lloyd’s Register and CCS.