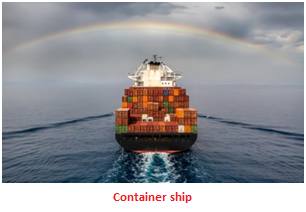 It’s supposed to be the peak season for seaborne trade — just before the Golden Week holiday in China where shipments need to leave ports for US and Europe, filling warehouses so retailers are stocked up heading into the fourth quarter.

Instead, global demand for Chinese goods is waning as consumers from the US to Europe cut back on spending because of inflation and the post-pandemic shift away from goods toward services. That’s causing the container shipping industry to trim capacity by canceling sailings. Otherwise, spot rates will continue to tumble.

Part of the slump can be blamed on human behavior: Peak season arrived early, so companies refilled inventories in May and June rather than risk further delays tied to Beijing’s strict Covid Zero policies, the war in Ukraine or some other unpredictable disruption.

But now there are broader economic forces at work. In its latest advisory on North America, Maersk said volumes on its transpacific and transatlantic trade routes are softening from August levels, though they’re staying more elevated than pre-pandemic periods.

“Consumer spending patterns have both softened and shifted away from goods-heavy pandemic-era patterns and more towards the services and experiences unavailable during the Covid outbreaks,” the world’s No. 2 container carrier said. “We are in the process of actively adjusting our shipping network to align to customer demands.”

Hong Kong’s exports contracted the most since the pandemic first began in early 2020, as global demand eased and shipments with mainland China were disrupted.

Matson, the Honolulu-based shipping line, recently discontinued one of its three transpacific services, where space on its smaller, faster ships costs a premium. The China-California Express, or CCX, was launched in 2021 and made Oakland its first US stop.

According to a conference call with analysts in early August, CCX was expected to operate through peak season into October. Matson discontinued it a little earlier than planned to better balance capacity with the market, a spokesman said, but demand for the other two remains strong.